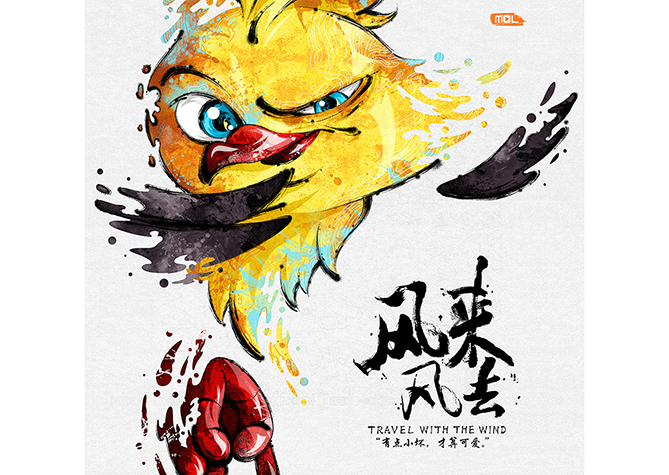 The animated film Travel With the Wind is an elaborate work produced by Minglang Film &TV Production Co., Ltd. over two years. It follows the main line of the growth of the protagonist A Feng, a small dinosaur who faces setbacks again and again, and ultimately realizes its own value in life, and tell the story in a humorous, witty way.

On May 17, Travel With the Wind won the best screenwriter award at Asian Night, an official event of the Cannes Film Festival. At the awarding ceremony, the awarding guest said in the speech of offering the award that, “The scriptwriter has created a magical world for us with wonderful imagination, depicted the life values of personified animals, and told a Chinese heroic story in the international language and oriental art style.”

The animated film is developed into a work for audience of all ages in the international market. Its segmented target audiences are naturally matched with the game. Creating a game that fits best with the film’s features is an important part of the operation of the whole project. As the film has entered the post-production stage, the development and operation has also started as planned, and the customized game of the same name is already under development.