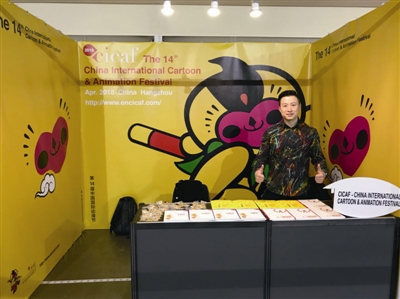 This fall, as we look back over overseas exhibitions of Hangzhou animations so far this year, we note fruitful results with pleasure.

This year, the 18 new policies have provided policy guarantees and incentives for Hangzhou animation companies that are actively going global. They have become the accelerators of Hangzhou animation games to go global, and given more impetus for enterprises to tap the world market. 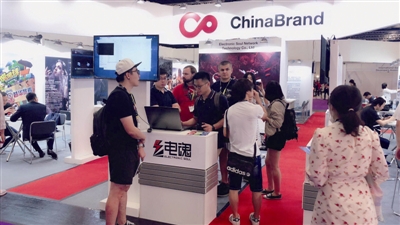 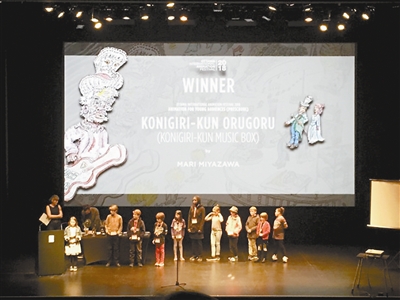 Angoulême International Comics Festival: Stones from other hills may serve to polish jade

On January 24, 2018, the Angoulême International Comics Festival was ceremoniously inaugurated in France.

The event, the oldest comics festival in Europe and the world, has been held here every year since 1973. In this session, more than 20 venues were arranged in the center of the town to host nearly 300 exhibitions for comics from a dozen of countries. About 300,000 comics lovers gathered here from all over the world. They included over 6,600 comics professionals and 2,000 cartoonists from various countries. About 900 journalists from all over the world covered the activities. About 400 professional docking meetings, workshops, lectures, forums, painting performances and film exhibitions were held during the period.

CICAF signed a contract with Angoulême International Comics Festival in the animation festival in 2017. They have hence maintained close contact for further exchange and cooperation in the 2018 festival.

This ancient comics festival showed great interest in CICAF and the Hangzhou animation industry, willing to participate in various activities of the animation festival in Hangzhou. Angoulême International Comics Festival expressed its strong willingness to facilitate exchanges of comics resources between countries, and provide further help for improving specialization of the animation festival.

Going far to France, CICAF was also active in learning from international experiences in preparation for the construction of China Animation Museum and the 15th CICAF.

Having just experienced the enthusiasm of the 14th CICAF, the CICAF organizing committee set out to attend the ANIFILM festival in Czech on May 1, 2018.

The Czech ANIFILM Festival, founded in 2002, is one of the most important animation film festivals in Central Europe.

During their stay in Czech, the CICAF organizing committee held three rounds of talks with ANIFILM chairman Tomas Rychecky. The organizing committees of the festivals in both countries said that on the basis of this year’s cooperation, they will renew the exchange protocols in 2019, and have further in-depth cooperation in the fields of enterprise exchanges, holding exhibitions, and animation co-production. The ANIFILM team had the intention to cooperation with China Animation Museum in exhibition design. In addition, CICAF held one-to-one in-depth discussions with exhibitors, ANIMORFA award winners, VISEGRAD animation forum speakers, and foreign IP owners that sought cooperation.

Over the years, CICAF never had any contact, not to mention cooperation, with Czech ANIFILM, the most important animation film festival in Central and Eastern Europe. So this could be taken as a pioneering move. This year, the CICAF organizing committee established reciprocal cooperation relationship with the Czech animation festival for the first time, signed and fulfilled the Hangzhou Protocol on Cooperation in the 2018 International Animation Festival, realizing cooperation in the exchange of personnel, booths and experiences. It was also the first time for CICAF to bring its voice to Czech, which laid a solid foundation for soliciting Golden Monkey Award works and display films, organizing the Czech delegation, and rounding up for the innovative venture pitching projects for CICAF in 2019. In April, it invited the ANIFILM organizing committee to attend the CICAF in Hangzhou, and paid a return visit to ANIFILM in May. The seamless trip allowed us to have a deeper understanding of the animation industry in Central and Eastern Europe, accumulated primary channel resources, and opened up a new market for Hangzhou animation game companies to go global.

CMC in Britain: Probe into new modes of animation cooperation

From July 3 to 5, 2018, the Children’s Media Conference (CMC) was held in Sheffield, England. The CICAF organizing committee was invited to participate as a delegation.

The 15th CMC in 2018 attracted more than 1,100 professionals from more than 10 countries and regions including Britain, China, the United States, Germany, France, Belgium and India. International brand enterprises such as BBC, Disney, ITV, Tuner, SkyKIDS, FLIX, DHXMedia, Nicklodeon and FingerINDUSTRIES joined in the event. This year's theme was “What’s next”.

CICAF and CMC have known each other for a long time. In 2018, at the 14th CICAF, CMC organized 10 well-known British enterprises to participate in the iABC activities. Their visit to Hangzhou impressed them deeply and gave them valuable resources. Therefore, at the opening ceremony of the 2018 CMC, the organizer gave a grand introduction to the CICAF delegation, and held the "China Theme Day" for this purpose.

In addition to the CICAF organizing committee and MegaMedia, eight Chinese animation companies and institutions, including the Zhejiang TV International Channel, Magic Mall, Beijing JOY Media, PPW, Zespa Media and Little Grass Animation, took part in the event. Luo Bao Bei of Magic Mall entered the international market because of a deal signed in CMC. It has now served as a typical case.

The CICAF representative and CMC sponsor held further communication on the in-depth cooperation between the two sides. CMC will continue to organize latest original UK IPs and most popular animated films to participate in CICAF. CICAF will select high-quality buyers and experienced companies to work with their UK counterparts for co-production and opening up the Chinese market for British children's films and television works.

2018 Games Com in Germany: Learn from first-class games in the world

On August 22, 2018, the Games Com in Germany was officially unveiled. Games Com, E3 Expo and TGS are known as the world’s three largest interactive entertainment exhibitions. It has been a key exhibition emphasized by the Ministry of Commerce and provincial commerce department.

This year, CICAF organizing committee organized Electronic Soul and Wizard Games to join the Chinese delegation headed by Ministry of Commerce to participate in the Games Com.

The 2018 Games Com was held on August 21 to 25 at koelnmesse, Kӧln, Germany in an exhibition area of 336,000 square meters. It was attended by 1,037 enterprises from over 50 countries and regions, up 9 percent from last year. Among them, nearly 700 enterprises came from outside Germany. The audience amounted to 370,000.

Xu Lin from the Consulate General of China in Dusseldorf, exclaimed： “I’ve been to the booths of Chinese cultural trade exhibition area for three years in a row. The game products and ideas displayed by the enterprise surprise us every year.”

In this year’s Games Com, the CICAF organizing committee organized Hangzhou enterprises to participate. It was a good opportunity to learn from the international first-class professional exhibitions.

From September 26 to 30, 2018, the CICAF organizing committee was invited to attend the 42nd Ottawa International Animation Festival （OIAF） in Canada.

Founded in 1976, OIAF is the largest animated film festival in North America, and also one of the four major international animated film festivals in the world. As the animation academic exchange event, it offers opportunity for colleagues in the international animation circles to get evaluation and appreciation, and show their works in North American screens.

OIAF comprises TAC, Screening, Talk, Workshop and all kinds of parties and exchange meetings. They created a big gathering place for animators and enthusiasts.

The CICAF organizing committee was invited to attend OIAF. In the two-day event, it participated in a series of activities, including forum, screening and picnic. It had in-depth discussion with OIAF chairman Kelly on the Hangzhou Summit of International Animation Festival, and invited her to take a video of blessings for the 15th CICAF next year. In addition, it held negotiations and exchanges with the main sponsors of the OIAF, Toon Boom Animation, South Africa Animation Festival, and Sheridan College, and invited participating artists to pay attention to and attend the CICAF. By the student forum and animation picnic, it sent out invitations to the students to join the Golden Monkey Awards, and participate in the top animation event in China.